Toward effective and equitable environmental governance

The impact of human activities on the environment results in increasing competition for access to natural resources, and in major environmental and social changes. Addressing the consequences of such effects require changes in the way societies interact. How can we deal with such impacts without supranational institutions, or when the power of such institutions is limited? Is it then possible to promote appropriate coordination between agents in order to manage environmental issues? How do individual preferences induce pro-environmental behaviors? Is the effect of inequalities on cooperation positive or negative? What is the role of equity in the way environmental policies are designed?

Research works are focused on two main priorities. The first one is related to the specifics of governance systems: we analyze the interplay between interacting agents’ behaviors and  governance systems, accounting for different scales (local, national, international). The second priority focuses on individuals’ preferences and the effect of inequalities, in particular inequalities in the access to natural resources and in the vulnerability to climate changes. 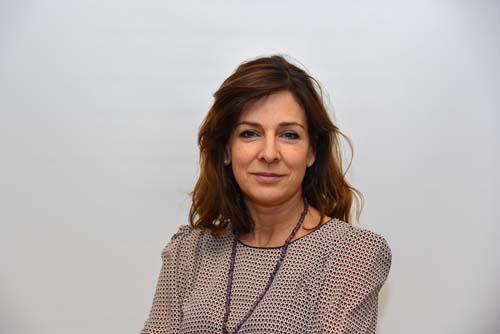 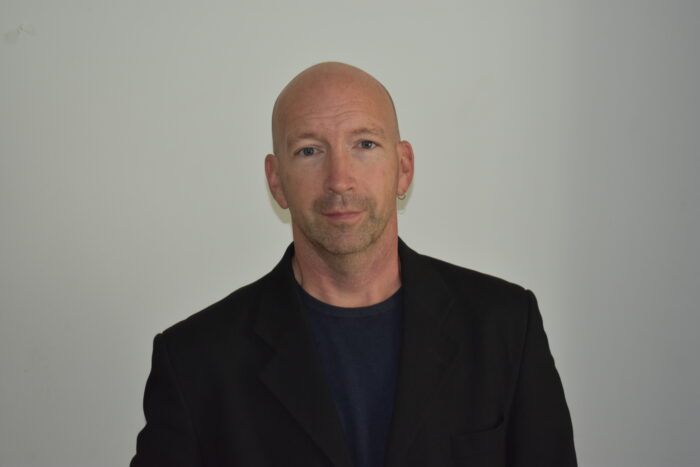 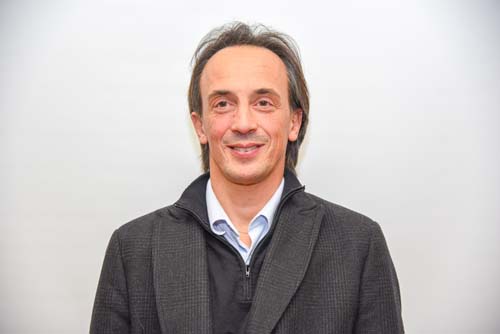 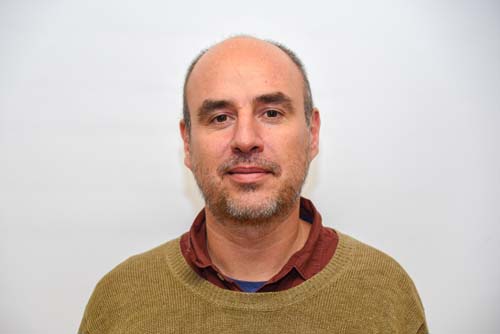 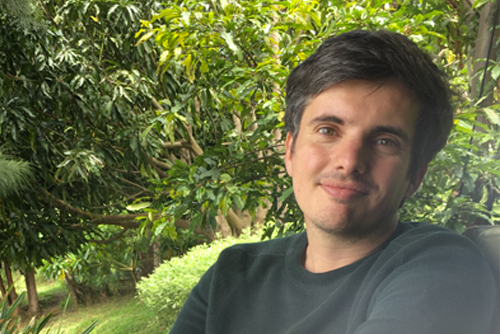 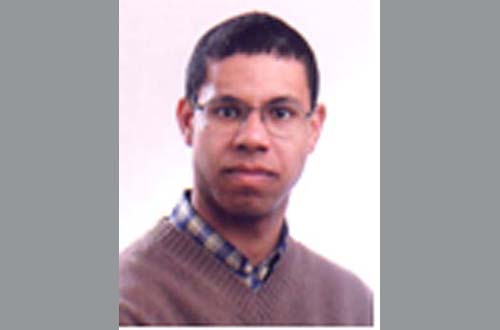 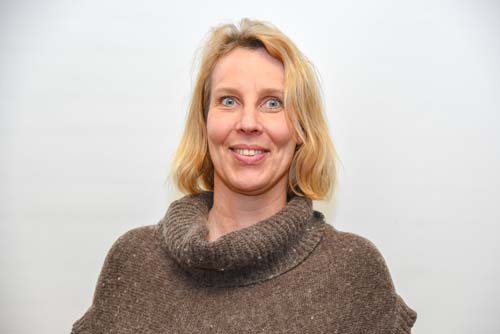 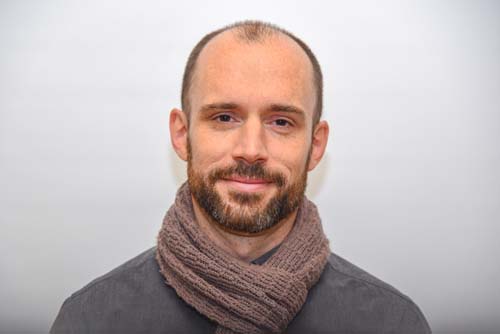 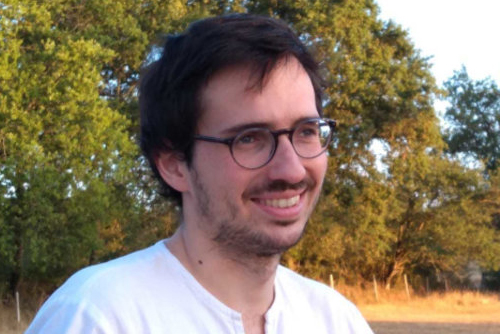 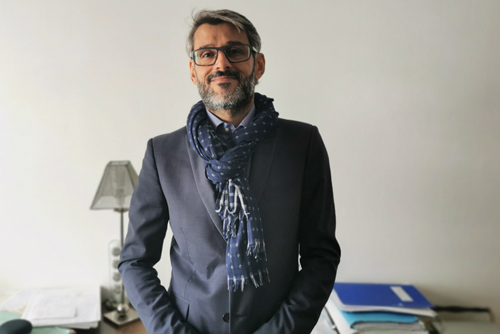 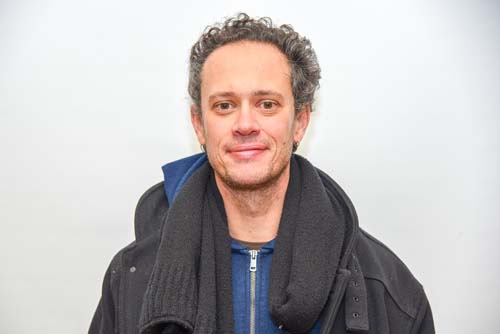 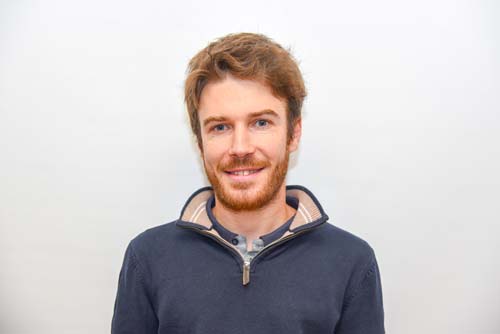 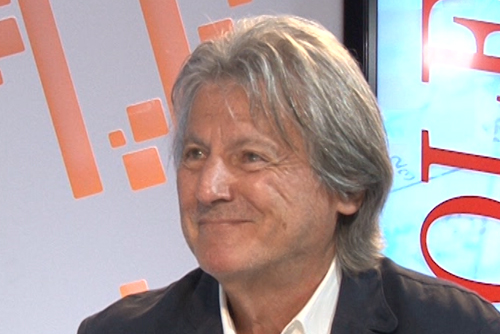 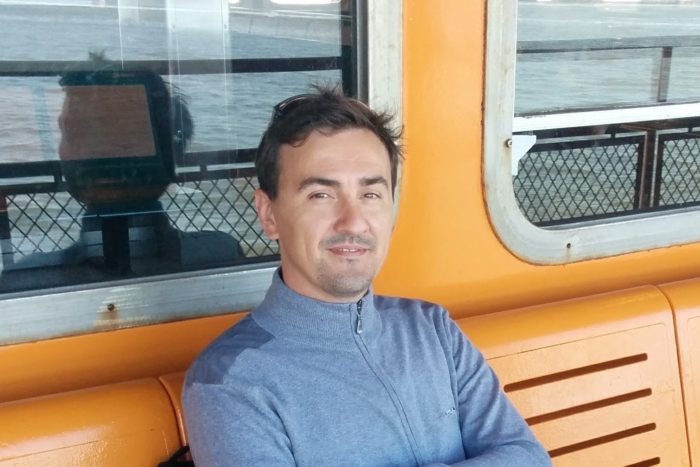 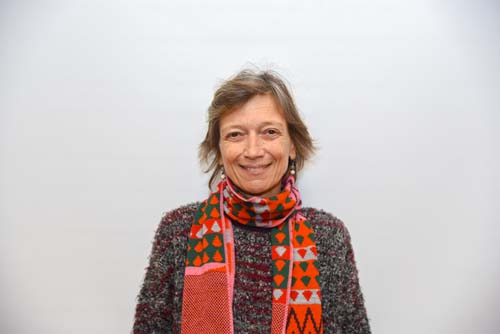 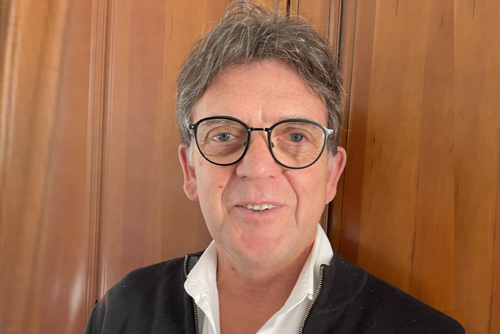 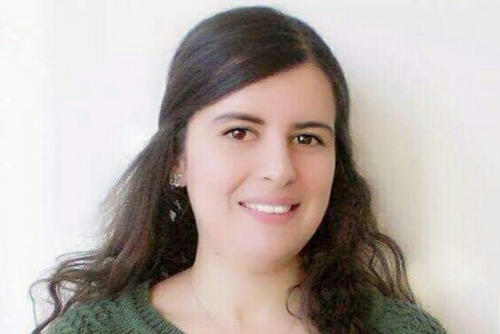 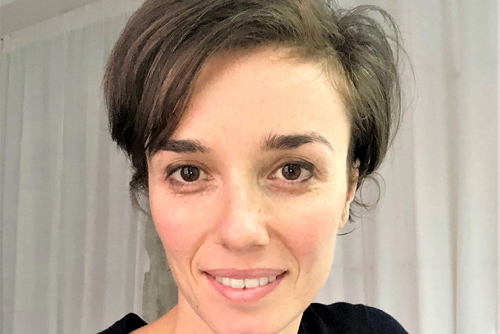 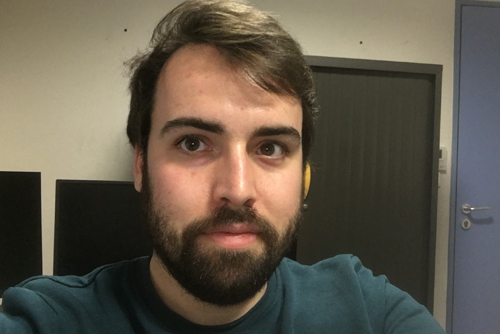 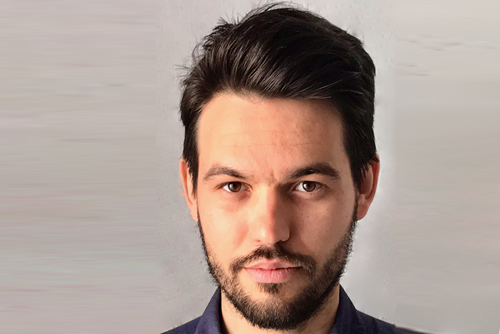 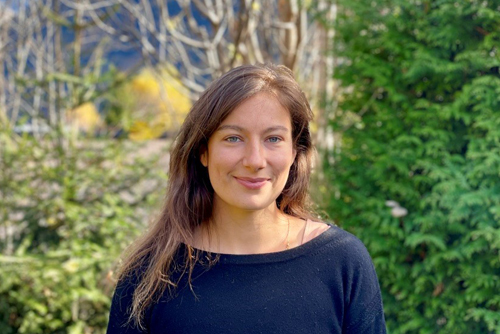 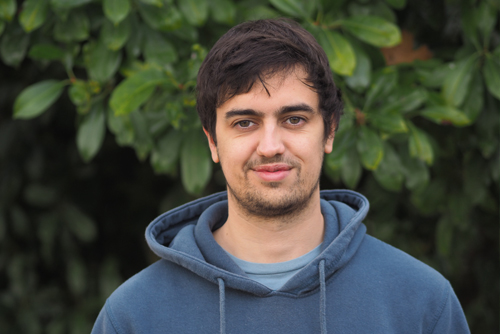 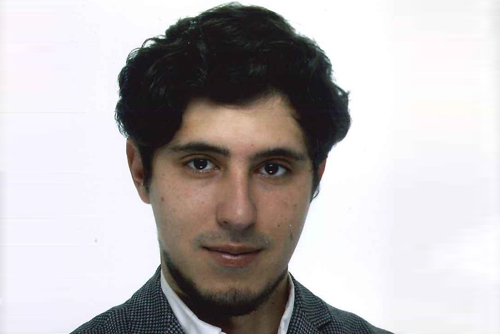 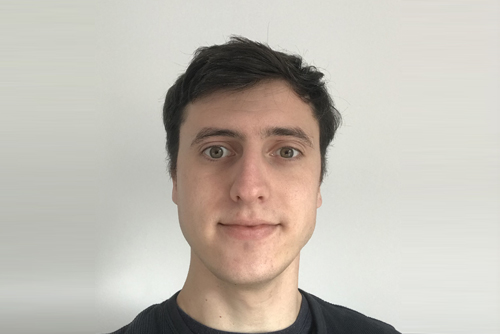 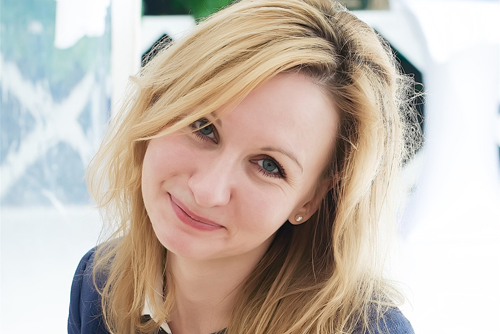 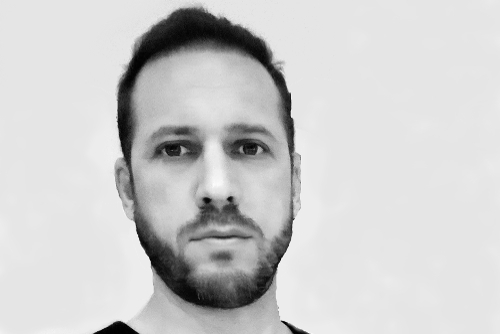 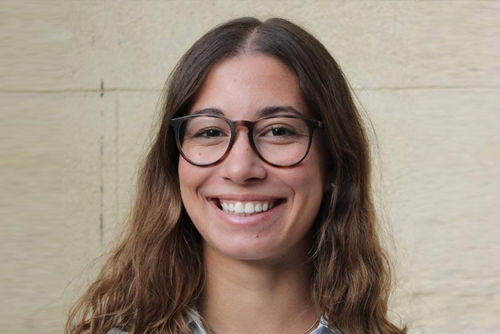 Valuation of ecosystem services and social choice: the impact of deliberation in the context of two different aggregation rules

What can be expected from mergers after deregulation? The case of the long-distance bus industry in France

Does a company’s origin matter in moral judgment?

The impact of nature video exposure on pro-environmental behavior: An experimental investigation

God did not save the kings: Environmental consequences of the 1982 Falklands War

Management of common pool resources in a nation-wide experiment

Letting Offenders Choose Their Own Punishment?

The unexpected power of negative awards

Why companies might under‐communicate their efforts for sustainable development and what can be done?

A Good Servant But a Poor Master: The Side Effects of Numbers and Metrics

Robbing a robber is not robbing

The Quarterly Review of Economics and Finance
See more

Does the approval mechanism induce the effcient extraction in Common Pool Resource games?

The effect of physical disability on group cooperation: Experimental evidence

The aim of this project is to implement and evaluate incentive mechanims to reduce domestic water consumption and improve waste sorting. We will design incentives based on social norms (belonging to a group and comparison with peers) via different media (digital, physical…) and test them at the household level. The methodological approach will combine behavioral economics and sociology through a collaborative research project between CEE-M and LyRE / SUEZ. We will rely on experimental (lab) and empirical approaches through Randomized Control Trials (RCTs).

GREENGO – New Tools for the Governance of the Energy Transition : the role of NGOs

Non-governmental organizations (NGOs) are now central actors of policy-making processes as well as initiators of public debates about the needs of environmental policies.
They play a critical role in public politics by providing people with information about the environmental state of the world, bringing social and environmental issues to public awareness, and mobilizing support for political action on these issues.

The aim of the project is to provide analysis and new insight into the economic behavior and strategies of NGOs with respect to the environment.

For centuries, the habitat of the villagers of Guet Ndar (Senegal) is exposed to floods of the Senegal River and marine submersions. The high exposure to natural hazards (submersion, flooding) of the population suggests that its inhabitants have adapted to this unique environment, through the selection of the most suitable gene varieties. The project aims at investigating the hypothesis of local adaptation to risk for the inhabitants of Guet Ndar. Local adaptation is possible when three conditions are met: (1) the average migration distance is smaller than the size of the risky area, (2) the behavioral trait adapted to the risky environment (risk tolerance) is transmissible, and (3) living in the risky area provides material benefits that compensate for the exposure to risk. It is highly probable that these conditions are met in the village of Guet Ndar: (1) the migration rate is low, especially among the population of fishermen who pass on their inheritance (canoes, houses, …) to their descendants, (2) the targeted gene, DRD4, is endowed with exceptional variability and is transmissible and (3) the risky area gives access to fisheries resources that have historically been abundant. The risky area (Barbary tongue) is a narrow strip of land of 250 meters in its widest width that extends for about 900 meters in the populated area. Almost all the inhabitants are born there, just like their ancestors. The fishermen of Guet Ndar are renowned for their know-how, not only in Senegal but in several neighboring coastal countries, where they are often recruited to transmit their fishing techniques developed over generations. Fishermen represent the target population of our study because they are most likely to have adapted to local conditions, an adaptation that is expressed by their greater propensity to take risks compared to non-fishermen.

ORDINEQ – The Measurement of Ordinal and Multidimensional Inequalities

Building on the fiction of the paternalistic ethical observer, we propose to construct measures of socio-economic performance and well-being that (i) acknowledge the multidimensional nature of well-being, (ii) pay due attention to the distribution and interaction between the attributes, and (iii) take full account of the measurability nature of the attributes.
These measures will make one able to provide answers to questions of interest for the policy-maker and the general public like the following:

RediPref – The Preferences for Redistribution: Foundations, Representation and Implications for Social Decisions

How do individuals perceive inequalities? Do we have to consider all inequalities as unfair?

In parallel to the worsening of the income and wealth inequalities, the last decades have also been characterised by increased social risks. These essentially originate in the profound changes in the labour market structure that go along with a deterioration of the unemployment rates. Hence, even if individuals are concerned with fairness considerations, it is not clear to what extent preferences for redistribution can be associated with such motives. Redistribution can be perceived as social insurance, and thus risk aversion of the individuals may came into play.

The project aims at shedding new light on the preferences for redistribution, by providing a better description of people’s perceptions of inequality and social risks.

The benefits for society of the project would be to provide the social planner with implementable social decision rules which reflect the individual preferences for redistribution, that can be used in public policy making.

See more
Gérer le consentement aux cookies
By continuing to browse this site, you accept the use of cookies necessary for the proper functioning of this site or for the purpose of personalizing content (marketing)
Manage options Manage services Manage vendors Read more about these purposes
View preferences
{title} {title} {title}