What can be expected from mergers after deregulation? The case of the long-distance bus industry in France 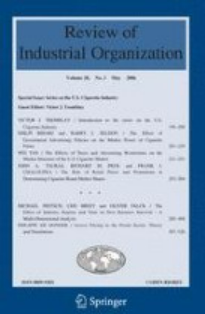 This study estimates the competitive effects of horizontal mergers in the French long-distance bus industry. We examine the two mergers that followed the 2015 Deregulation Act (the Macron Law); we use an exclusive and exhaustive dataset that covers eight consecutive quarters. We analyze the merger effects by comparing bus links that were affected by mergers with those that were unaffected; we use difference-in-differences estimations. We find that the two mergers are associated with price increases of about 13.5% immediately that then moderate to 5.3%; and with the frequency decreases from − 21.5 to − 25.7%; we observe no effects on load factors. These findings show evidence of short-run anticompetitive effects, while the mergers under study were not scrutinized by the French competition agency, as they were below the notification thresholds.